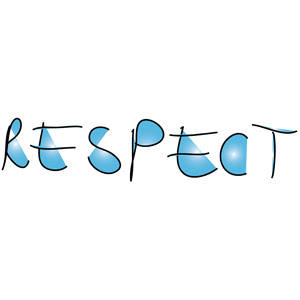 We don’t fully understand why some people become obese and others don’t. But we do know that all of us, no matter how old, no matter how fat, benefit from eating well and getting exercise. We know that friends are good for our health and that bullying hurts the bully as well as the victim. We know that shame drives people like my Aunt Selma to self-destructive behaviors. In my campaign, the word obesity would never be mentioned. But the words health, respect, and compassion would be on every page.
Posted by Harriet at 9:27 PM

Thank you for a clear voice of sanity in an arena fraught with hate and misplaced emotions.
Warmly, Dr. Deah Schwartz, leftoverstogo.com

Amen! This deserves to be an Op-ed piece in the NY Times.

People, including kids, have always come in all shapes and sizes. To attempt to shame people into losing weight simply doesn't work, and kids are an especially defenseless segment of the population.

These ads are discriminatory, pure and simple. As a director of the Council on Size & Weight Discrimination (www.cswd.org), I have protested these cavalier experiments with the well-being of our children, by signing a petition that was put up today by BEDA (Binge Eating Disorder Association). The link for the petition is:

This is a truly wonderful post. Thank you. Do you know where I can get access to Peter Muennig or Kortni Jones' research? Thanks again!

Hi Harriet
Your latest blog brings up a serious health issue.If children as early as three show signs of preference for thinness over fat.Maybe it starts early with parenting, babies come in all shapes and sizes. We are very joyful when they arrive HEALTHY.

Mother Bear caring for her cub

Parenting plays a role for sure, Bonnie. Because we parents are human, and we live in this society, and we want the best for our children, so we're easily made anxious about whether our kids are OK or not.

Also, I know I was guilty of making self-deprecating comments about my body and my weight in front of my daughters when they were young. How I wish I could take it back now.

Thanks so much for this, Harriet. It so clearly spells out the problems with this damaging campaign and with weight stigma, and will help a lot of people understand why we must take a stand against both.

I've posted links to this on Facebook as well as Twitter and signed the petition Bill mentions above and encourage others to do so, too.

The link between stigma and illness is obvious. Why work to take care of a body you hate?

Definitely part of the picture, Paul.

Thank you for your excellent, evidence-driven response to this horrific campaign. Twenty+ year working with youth and young adults as a public health educator has given me an intimate understanding of the link between low self-efficay and self esteem on children's ability to adopt healthier behaviors. As someone who has also done a great deal of work with young MSM around HIV prevention, I can testify first hand to the impact that bullying has on health risk. This ad campaign is nothing so much as an invitation to further bully a group of youngsters who are already at the mercy of a fiercely fat-phobic society. With great respect.

I tried signing it but it wouldn't let me. It kept saying my city "can't be blank", even though I filled in my city, and also tried entering it as city comma state. Now what?

To sign the petition, you have to "join" the site first, which is free. I had trouble at first, too, assuming that it was my old browser. The site is not user-friendly, but it's still worthwhile.

Have you all looked at the growing obesity rates in the U.S.? http://www.cdc.gov/obesity/data/trends.html
How can you look at this data and not see clearly that America as a whole has a problem? It doesn't take a rocket scientist to figure out that the increased processed foods we put in our bodies in addition to our more sedentary lifestyles, increased portion sizes, increased time in front of TV--all of these things are contributing factors.
I feel like the author of this piece as well as the commenters before me all have blinders on to the fact that we own this problem ourselves and that it is ours to fix.
On the whole, Americans are not fat because of an image problem--quite the contrary. Our image as Americans has made us feel, albeit somewhat subconsciously, that we were invincible. We can do, eat, watch, sleep, sit, work whenever, whatever, and wherever we'd like. It has caught up with us in our poor health and it's now time for us to change our lifestyles to better our bodies.

Marti,
I think you're missing the point. Several points, actually.

First, no one really knows or understands why people in America got fatter over the last 30 years. The elements you mention likely have played a role, but there are other contributing factors too, which we don't fully understand. Why have lab animals also gotten fatter over the same period of time? Their diet and exercise levels are known, yet they too have gotten fatter. There's good evidence that pollution, hormones in the food supply, and other as-yet-unknown factors are contributing as well. These things we cannot "own" by resolving to eat less and exercise more.

One thing that has definitely changed is the definition of obesity; a change in the categories of the BMI chart in 1997 meant that overnight, millions of people were suddenly obese.

Second, no one here is arguing that we shouldn't pursue health--it's just that we should pursue it for its own sake, not as a means to lose weight. Weight is often used as a proxy for health, and if you do a little reading you'll come across a concept known as the "obesity paradox," so-called because in some cases, especially as we age, higher weights actually confer lower mortality. It is not always better to be thinner. We're getting taller, too--should we be concerned about the height epidemic?

Your last line suggesting we "change our lifestyles to change our bodies" is reasonable, but again, only as long as the end goal is not weight loss. If you've been reading the series of New York Times pieces on weight you'll see that for people to lose significant amounts of weight and keep it off for more than a year or two, they must make weight loss their top priority and engage in a lot of obsessive behaviors that are a lot like eating disorder behaviors. It's not a question of making some moderate changes for most people.

Finally, the main point of this commentary was to look at the link between weight stigma and health, which after all is not just a question of numbers on the blood pressure meter. We are whole human beings whose mental and emotional health affects our physical health, and vice versa. Stigmatizing people in the name of health is just bad policy and bad practice.

Marti,
Dieting predicts weight GAIN over time. The research is clear. If the Georgia campaign increases dieting in kids it will worsen the situation.
http://download.journals.elsevierhealth.com/pdfs/journals/1054-139X/PIIS1054139X11001765.pdf

If an anti-obesity campaign like this had been around when I was in elementry school or middle, I think I serioulsy would have been even more introverted and unsocial and possibly suicidal.

Harriet - This is such a great piece. (Joan Fischer passed it along to me - we're here in Madison)...Excellent opinion on this campaign.