I got an email from the family whose daughter was being held hostage at Rogers: Their daughter came home last night. Against medical advice, but she's home.

Sounds like Rogers was still trying to bring the county in, right up to the last minute, but the family had done their homework and was able to challenge Rogers' assertions.

Now, of course, comes the truly hard part: re-feeding a 13-year-old with anorexia. But this is a wonderful example of how families that are empowered can accomplish near miracles--especially when they're motivated by love of their children.

To the family: You are awesome. As hard as re-feeding is, I found it infinitely preferable to be doing it myself, at home, rather than be far away, feeling helpless about whether my daughter lived or died. We're all rooting for you.
Posted by Harriet at 6:41 AM 10 comments:

Anyone out there see this movie yet? I'd love to hear a report from someone who's actually had a chance to watch it. It hasn't come to Syracuse yet as far as I know. The trailer, which you can watch online, looks great.
Posted by Harriet at 11:51 AM 8 comments: 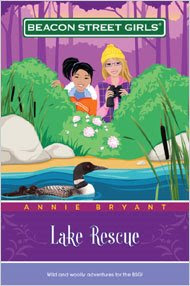 I'd love to see readers of this blog weigh in on this post by the usually savvy Tara Parker Pope in her Well blog at the New York Times. From the comments on the blog so far, most readers just ain't getting it. You can help. :-)
Posted by Harriet at 5:24 PM 6 comments:

Last year I wrote about the cognitive dissonance between the marketing materials produced by Rogers Memorial Hospital, in Oconomowoc, Wisconsin, and its actual therapeutic programs and practices.

That post produced a letter from Rogers' CEO himself, complaining about my "airing my grievances in a public forum" rather than talking directly to him about them.

Dude, that's what blogging's all about. Besides, I can imagine how open he would have been to my criticisms. Yeah, right.

It seems that Rogers has changed its practices around the use of feeding tubes for anorexic patients. In the past, feeding tubes were considered something of a measure of last resort, sometimes necessary to save a life but something to be avoided when possible.

Not anymore. And not only that: feeding tubes are being used to keep patients at Rogers when parents want to bring them home.

Case in point: A family whom I'll call the Smiths, whose young adolescent daughter was admitted to Rogers a few weeks ago. The family was told the girl must have a tube, and although they weren't in favor, the tube was administered. Fast forward 10 days or so. Rogers is telling the family the girl has made "little progress" and urgently needs admitting to its 30-day residential program. Family can get no information on why so little progress has been made, even with the tube. Family has been researching, and has decided they want to use family-based treatment, the Maudsley approach, to help their daughter. Family tells Rogers of their intentions and asks when daughter may be safely transported home.

Next thing family knows, their local county department of child protection services is threatening to remove their daughter from their custody if they take her home. Rogers continues to insist that daughter cannot be moved so long as she's on the tube. Family says most girls with their daughter are also on feeding tubes, which constitutes a large shift in treatment protocols at Rogers.

The girl is eating. She's terrified. She wants to go home. Her family wants to bring her home for FBT. Rogers, which claims that it incorporates some FBT in its therapeutic protocols, is playing dumb and insisting that FBT would constitute child abuse and that the girl cannot safely be sent home.

The therapists at Rogers are (or should be) familiar with the studies on FBT, which show that it is very successful for adolescents under 18 who have been sick for less than three years. (It's been successful for others, too, but there are no studies yet on those populations.)

Their actions in this case and others are deeply disingenuous. Feeding tubes are a necessary evil at times. But families should be the first line of treatment and support for adolescents--especially when the family is committed to the task of helping their child recover.