Too fat to fly (but not too tall?)

My daughter took a flight recently and sat next to a man who she guessed was over seven feet tall. No lie. And because there was no elbow rest between their seats, she spent the flight hunched into a corner of her seat.

I find United's new policy offensive and discriminatory on many levels. If you do too, consider following the directions in the form letter below, which was created by Marilyn Wann, to protest. Because you better believe that if United gets away with this, all the major carriers will start imposing a fat flyers' penalty. And who's to say what's "too fat" to fly with a single ticket? Down the line, could ticket agents be whipping out BMI charts when you get your boarding pass? I put nothing past this fatphobic society (and the airlines desperation to turn a profit).

United Airlines is the last of the major carriers to announce proudly a policy of charging fat passengers double.

They say they received 700 complaints last year (out of 80 million passengers carried) from thin people who did not like having a fat person sit next to them and perhaps take up some of their seat space.

I am convinced that the 700 fat seatmates who didn't complain were not too happy about the situation, either. People in the fat pride community have decided to try and beat that 700 complaints statistic.

I'm writing to ask you and the people you know to complain at United.com about this costly and discriminatory targeting of one demographic group. If this policy stands, it means fat people have less right to interstate air travel than other people. Everybody deserves a safe and comfortable chair on an airplane, at an affordable price!

Here's the link for Customer Relations.

Expect to be asked to fill in some irksome required fields:
- If you don't have a United frequent flier number, you can use mine: 00229870823.
- For flight info, I just put 4/15/2009 (the day United announced its policy).
- For departure and return cities, I put San Francisco in both slots.

Please copy your complaint letter to my e-mail address, so we can keep count as we approach and pass 700.

Thanks tons! - [insert your name and e-mail address]

This video has gone viral*, so you've probably seen it already. If you haven't, watch it now.

If you have, maybe you had the same reaction to it that I did. Watching this video made me bawl. Not a polite little trickle of tears but a full-blown sobbing meltdown.

It's because this video highlights--painfully, vividly, undeniably--just how far our obsession with appearance extends, and how much we punish one another and ourselves for how we look.

Watching this reminded me all too viscerally of how I felt about myself as a teenager and young woman: Unattractive, and ashamed of it. Hideous outside and, therefore, inside too. I've grown up since then, thank goodness. I've made peace with myself both inside and out. I no longer feel hideously unattractive (though there are moments). Most of all, I think--I hope--I've learned to temper my own judgmentalism about other people based on how they look.

I cried partly in awe of Susan Boyle's sassy spirit. She didn't creep onto that stage; she took it over. I love how she blows kisses at the audience on her way out--she might have given them all the finger, but she's much classier than that.

Do yourself a favor. Give this a look. Think about it.

*Normally I would have embedded the video, but YouTube is preventing it from being embedded. I wonder why.

Labels: don't judge a book by its cover, our obsession with appearances, Susan Boyle 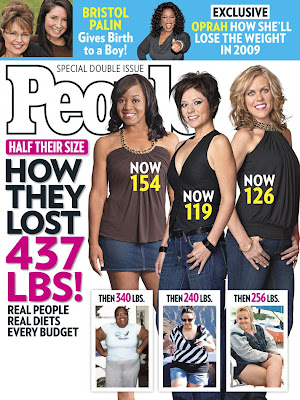 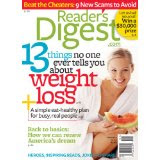 I love this little critical thinking project, created by a guy named Frank Baker who has made it his mission to teach young people (and us old people, too) to think more critically about media messages. Baker put together a fabulous page of links to diet and weight-loss ads to help teachers show kids just how manipulative, treacherous, and false such ads can be. Very cool. He also gives some background on how the Federal Trade Commission's guidelines for ads like these. Which, frankly, shocked me, though it shouldn't have. But somehow I am always surprised when people acknowledge they're lying.

Take a little cruise through the site and you'll wonder why we tolerate deceptive advertising like this. Baker's point is that it's our job to read between the lines and become better media critics--a conclusion I agree with whole-heartedly. (But these ads still piss me off.) I plan to find a way to bring this into some of my classes next year.