Can you say disconnect? 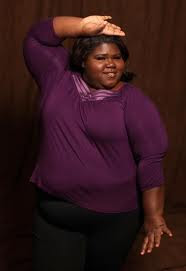 That's the only word that came to mind when I read this story on Time.com about the extra costs women pay for being obese.

According to researchers at George Washington University, women who are obese lose twice as much money—nearly $5,000 a year—as their obese male counterparts. But not because they use more health-care dollars. The difference comes mostly from discrimination.

This says something about how women are perceived in our culture, and it's not news. But it is newsworthy, because, damn it, it's 2010 and we're supposed to be better than this as a society. All the young women who don't identify as feminists because they don't have to fly that flag anymore should take note of studies like this one. Gender discrimination is alive and well in 21st-century America.

But that's not where the writer of this story went. No, her conclusion was quite different. She wrote, It's bad news, but maybe it will help fund better prevention strategies and new treatment methods for this growing scourge.

Excuse me? Did I hear you right? The answer to discrimination is getting rid of the quality that's being discriminated against? How about taking on the concept of discrimination instead? How about educating people about the emotional and other costs of fatphobia, and about how discrimination (and its attendant stressors) actually makes people fatter?

I'm not surprised; this is exactly the kind of disconnect I've seen over and over in the media. It's as if we are constitutionally unable to see the logical extension of our behaviors around weight, especially when it comes to women.