Dr. Sharma, I love you 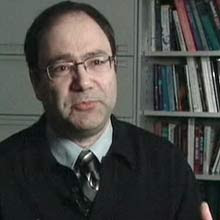 I love you for acknowledging what many of us know to be true: that people metabolize calories differently, that yo-yo dieting screws up people's metabolisms and causes weight gain in some people, and, most important, that shaming people inspires not healthy behaviors but self-destructive ones.

But don't take my word for it. Read this interview with the University of Alberta's Dr. Arya Sharma yourself.

I love the fact that, as this story from the CBC news points out, Sharma is the chair of obesity research and management at the University of Alberta and is still "no fan of most diets." And I love this quote from Sharma:

We keep hammering home the stereotype of the fat, lazy slobs who are eating fast food all the time who are not moving, not exercising or not taking care of themselves, making poor choices, when there's very little science that actually backs this up.

Thank you, Dr. Sharma, for saying it so plainly, so matter-of-factly, so clearly. I hope someone's listening.

Obesity and eating disorders: they're connected 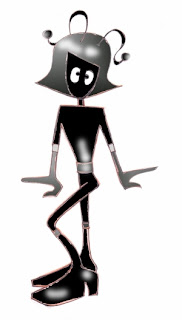 When I talk with doctors about eating disorders, I often end my presentation with a caveat to them, to be aware of how the current
"war on childhood obesity" can trigger eating disorders in those who are vulnerable. That's the point in the program where I often see one or two audience members sit back and cross their arms in a way that telegraphs plainly their disbelief and even disgust. (I've had people walk out at that point, too.)

If you think that's pushing things a bit too far, I'd like to call your attention to just one of the many "anti-childhood-obesity" websites I've run across lately. This one is particularly egregious, as it offers up cartoon characters that are both offensive and poorly illustrated (not to mention an obnoxious soundtrack, which you can turn off at the lower lefthand corner of the screen). The "cast" of characters here includes O-Bee-Sity, described herein as "s "the supreme fat lord of the universe" who can "turn kids into globs of fat with one slimy touch"; Phat Cells, which "have the ability to multiply and wreak havoc on the human body"; and--rather unbelievably--Anna-Rexia, who apparently hails from the planet Bulimia (don't these folks get the difference?) and both "infects little girls with eating disorders" and "despises" the rest of the cast (shown above).

Aside from the bad art and wild overuse of copyright symbols, there's some just plain bad information here. The site claims that childhood obesity causes not just diabetes, high blood pressure, and heart disease (all of which is still up for discussion, especially given the fact that we don't know whether obesity causes these ailments or whether the ailments themselves contribute to obesity), but also cancer, liver disease, asthma, and eating disorders.

Hello? Considering the fact that one of the "characters" here is "Dr. Smart," billed as the "secretary of health and fitness at the Pentagon," I'd like to think that someone was actually doing some research and not just spewing ill-founded and unsupported opinions as facts. Sadly, this is not the case. And I'd have to say that this is the norm for sites like this, which remind me of other zealous-but-ignorant campaigns.

In fact, as readers of this blog probably know, it's not obesity that causes eating disorders, but rather a combination of factors, mainly genetics and dieting. It's the war on childhood obesity--and on adult obesity--that's responsible for triggering anorexia, bulimia, and other eating disorders, not the condition of obesity itself. And the prejudice and stigma directed against the obese is likely responsible for many of the negative health outcomes we associate with weight.

Any way you look at it, websites like this one are not just ignorant or misguided; they're dangerous. And that's why I'll keep sounding the alarm when I talk to doctors. They need to know the consequences of their crusades.
Posted by Harriet at 1:10 PM 26 comments:

Project BodyTalk on 51% this Thursday

I'm delighted that the talented Susan Barnett, host of the nationally syndicated NPR show 51%, will be airing a segment this Thursday, January 6, on Project BodyTalk. This audio and web-based project collects commentaries (a la StoryCorps) on issues relating to food, eating, and bodies. This show includes a lively conversation between Barnett and myself, as well as clips from several audio commentaries made last year by faculty and students at the S.I. Newhouse School of Public Communications. You can hear the full commentaries on the Project BodyTalk website.

Here's a list of NPR stations that carry the show. I hope you'll tune in, and then visit the website to listen to more commentaries and upload your own.

Thanks to my amazing grad student from last year, Megan Swann, who took the photo above and created the website.
Posted by Harriet at 6:31 AM 4 comments: