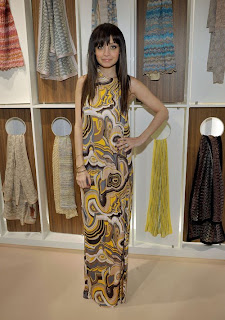 Jezebel got it wrong. The real shanda (as my grandmother would have said) is that we pretend there's no such thing as too thin.
Posted by Harriet at 6:03 AM

I find this a very confronting and confusing issues. I'm a cancer survivor whose weight was greatly affected by cancer - but I had thyroid cancer and gained a huge amount of weight due to the disease. After-effects continue and will do so for the rest of my life. Yet there are other people the same size as me who are perfectly healthy. Should we not publish picture of them? When pictures of Gabourey Sidibe are published, I often see comments complaining that she is an unhealthy role-model; I believe that she is, in this society, a very healthy role-model.

And yet, you are totally correct about the pretence that there is no "too thin", that being extraordinarily thin is "natural" and healthy (or, alternatively, a wonderful, hard-won goal) for large numbers of women, and almost all famous women. It's dangerous and harmful but the idea of policing individual bodies in photographs really disturbs me.

The thing I have issues with is, who gets to decide what is too thin? Hell, who gets to decide what "appears" to thin? And who is anyone to say that anyone is with an eating disorder? The fact that the media posts a photo with a caption insinuating anorexia needs a to get a life. Seriously. These are celebrities, and their weight is no one business but their own. Everyone needs to just back off and worry about their own lives and stop labeling, period.

Because we (and by "we" I mean the media) don't go around publishing photos of, say, recent cancer victims, who may be every bit as scarily skinny as an actress in the grip of anorexia.

If we had no idea that the person had cancer, we would. In fact, I wouldn't be surprised if that had already happened - that a picture of someone with a serious physical illness appeared in such an article at some point.

There is simply no way to avoid this problem unless people stop taking pictures of celebrities altogether - which I certainly wouldn't mind, but you just know it's not going to happen. So how are we supposed to tell who is sick and who isn't? I mean with ANY disease.

That said, I do think that clothing manufacturers should be pressured or perhaps even required to make their sample sizes larger, so that mags and fashion shows will need to use models with larger body habits to make the clothes look good. Back in the day, the sample size was US 6; now it's US 2 or US 0. Since agencies cast models who are a size or two smaller than the samples (since it's easier to take clothes in than let them out), the declining sample size has put pressure on models to get thinner or lose work.

English is not my native lang, so excuse the mistakes.

I had anorexia when I was 15 (due to post-traumatic stress) without technically being anywhere near overweight or even at higher weight.

I gained weight, got a little overweight (which was not a big deal, as I would think). Тhen I lost it without any efforts.

3 years ago I was under much stress (personal and professional) and started to lose weight (there are people that gain and others that lose under stress). Without dieting, fitness and so on.
I was just coming to work, buying a sandwich and some sweets or fruits or anything and didn’t really pay attention to it. I need to eat in order to function in order to meet the deadline.

At the end everything was done, and I was skinny, exhausted, gaunt face ..., but without eating disorder.

There were a lot of fuss around me, distressed looks, I even started questioning my own perceptions. Which are pretty good. And I was not in denial. I am at the same weight now but with better face and skin.

In my eyes, the gossipy attention is awful, esp. when it concerns your privacy. I admit that I find it distressful and disrespectful. I am not supposed to explain to every other person (or to every other gossipy media, if I am a “celebrity” or just happen to be an actress or a director or my husband’s wife) why I am fat or thin, why I am ugly or beautiful, or stressed or ill or even old. Some aging women get skinny. At least I know some. Or your husband is fucking around, you have 3 kids and you are not healthy and happy? Shame on you. Are we supposed to be an eye-candy and please everybody around?